»This is a present from a small, distant world; a token of our sounds, our science, our images, our music, our thoughts, and our feelings. We are attempting to survive our time so we may live into yours.«

Those were the words of Jimmy Carter, the 39th president of the United States and later diplomat and recipient of the Nobel Peace Prize, in reference to The Voyager Golden Records.

These two phonograph records were included aboard both Voyager spacecrafts launched in 1977, containing sounds and images selected to portray the diversity of life and culture on Earth and intended for any intelligent extraterrestrial life form, or for future humans, who may find them. Those records are considered a sort of a time capsule containing:

This experiment conducted by NASA in the late 1970s serves as a good example of the inevitability of the dichotomy of »artistic vs. non artistic practices,« both belonging to each and every one of us.

The selection of both aforementioned natural sounds (illustrating non-artistic practices), as important as the musical choices (illustrating artistic practices), were perceived by a committee chaired by Carl Sagan of Cornell University as equally important elements of The Voyager Golden Records representing our civilization on multiple levels to any intelligent extraterrestrial life forms of the future.

My photo collaboration devised with photographer Dejan Ivkovic, realized in several locations across Vienna, was indeed about the embodiment of the tangible »spaces in between.«

1.
Everyday life located outside the physical boundaries of the selected sites displayed on these images

2.
The arts and science life taking place inside the physical premises of the depicted visual examples, such as Vienna State Opera or Urania Observatory.

At this moment, through my own artistic practice, I am interested in seeing how mundane elements of everyday life, such as the natural sounds and physical movements surrounding us at every moment, can become more essential elements of my art projects.

It was in 1952 that an experimental American composer John Cage (1912–1992) premiered his legendary work 4’ 33’’ (of »silence«), the epitome of his idea that any sounds may constitute music.

This piece also consisted only of the unintentional sounds of the environment that the listeners hear while it is performed, as the original score instructs the performer(s) not to play their instrument(s) during the piece’s three movements.

This brings us back to Marcel Duchamp (1887–1968), the French-American painter, sculptor, chess player, and writer, stating firmly the following:

»The Observer« meaning both artists and non-artists. Correct?

What therefore especially intrigues me is establishing the principle of an OPEN NARRATIVE, within which every viewer of an artistic practice is encouraged to contribute by creating his own imaginative narrative based on his personal experience of the event in the moment of its duration. This approach would enhance the greater potential that lies in »the space in between« artistic and non-artistic practices, possibly even reducing the tension between those two categories.

In 2018, when Schlossghost is published, we will also mark 50 years since 1968, a significant year during which political events severely unsettled cultural and social life throughout Europe and the United States. Let us recall for a moment both powerful and empowering street protests initiated by French students, clearly and bravely articulating the mood of irritation and anger with prevailing values and structures in postwar France.

I was always very inspired by, and identified myself as an artist with, the students’ famous maxim ALL POWER TO THE IMAGINATION! I have therefore decided to honor this 50-year anniversary by including this thought in the title of my new work premiering at Akademie Schloss Solitude in March 2018.

While we are on the topic of 1968, it is also the time when Conceptual Art practice was getting into a full swing by emphasizing the importance of EXPERIENCING time, space, and material rather than REPRESENTING it in the form of objects exhibited in state museums across the world. This reevaluation of one’s own intentions for making art was a key point and the body (relevant to my own artistic practice) became also one of the most direct mediums of discovering, questioning, deconstructing, and expressing the new tangibility of the same dichotomy of artistic vs. non-artistic practice(s).

To conclude or return to the starting point: To this day, those two Voyager Golden Records still travel through temporal and spatial dimensions of the greater universe.

The Voyager Interstellar Record’s track no. 20 (of 31 audio tracks) has Sacrificial Dance (The Chosen One) from Igor Stravinsky’s The Rite of Spring.

It was through his 1913 choreographic version of the same musical score that famous dancer and choreographer Vaclav Nijinsky (1890–1950) literally proclaimed The War on Grace and opened the doors to the whole stream of non-establishment performance practices even within the walls of the state art houses.

»Now I will dance you the war … The war which you did not prevent.«

This is how Vaslav Nijinsky announced his last solo performance, privately performed, by referring to the horrors of the World War I and therefore challenged to the core with this statement on the demarcation line between life and art.

I sincerely think and want to believe that the more we weaken this demarcation line containing a certain amount of antagonism between »artist« and »non-artist,« the more creative space will be provided for a constructive dialogue through which both parties are the winners.

Or in the words of John Cage:

»I do not agree that life is a game. What we want is an anarchy that works.«

For this we need ALL of US !

Milos Sofrenovic is a performance artist, stage director, choreographer, festival juror, and pedagogue. He received his Bachelor in choreography at the Trinity Laban Conservatoire of Music & Dance in London/Great Britain with a scholarship.

Milos Sofrenovic is a fellow at Akademie Schloss Solitude in cooperation with Literaturhaus Stuttgart. 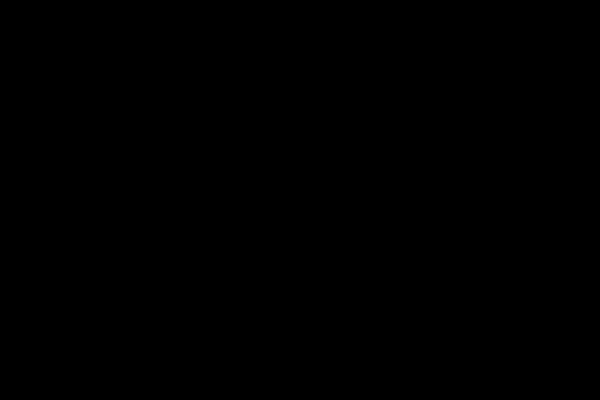